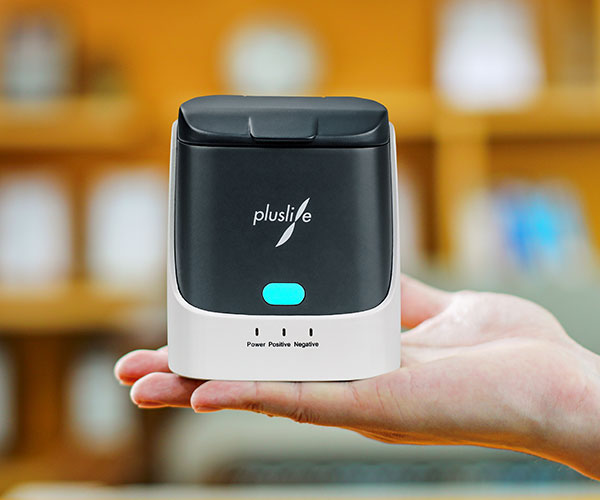 COVID-19 rapid test at-home with lab-quality results that you can count on.

The Pluslife Mini Dock is a rapid molecular diagnostic system for detection of infectious diseases including the SARS-CoV-2 virus. Our self-developed isothermal amplification technique (RHAM) provides accurate results that is comparable to one of the highest sensitivity lab PCR tests. Easy to use and small in size allow you to perform testing from your home in 35 minutes.

In the clinical studies that included individuals with and without COVID-19 symptoms, Pluslife achieved

Comparing to Antigen test which detects specific proteins on the surface of the virus, Pluslife Mini Dock detects the presence of viral genetic material even at low levels and at different stages of an active infection (with or without symptoms), and therefore there is a much lower chance of false-negative results and are more accurate.

Based on self-developed isothermal amplification technique to provide a level of accuracy comparable to qPCR tests.

Require no special operating skills and anyone could run the test at home in 5 simple steps.

It is reusable and could perform tests not only for COVID-19, but infectious diseases, STDs and more.

It is designed for both professional use at point-of-care and for use at home, at work, at travel or in the community. 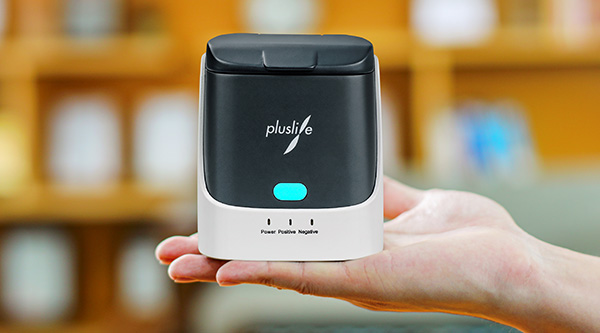 The device is based on isothermal amplification method and enzyme digestion probe technology, and selected SARS-CoV-2 N gene as the target region, designed the probe and specific primers. A large number of target sequence’s copies were generated in the reaction system during the isothermal amplification. When the probe hybridizes to the complementary sequence, it is cleaved and fluorescence is emitted. The device detects and analyzes fluorescence signal and automatically report result.

See how it works 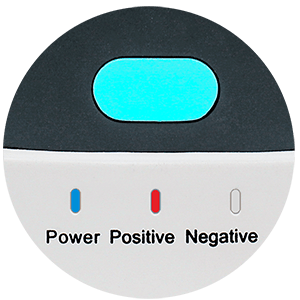 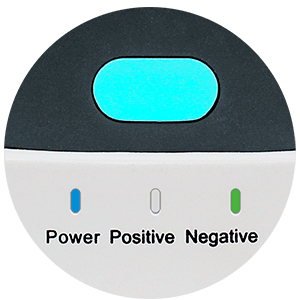 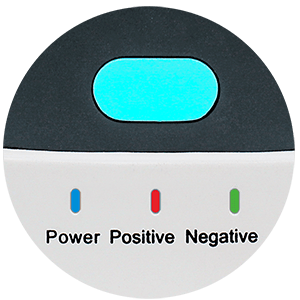 Can Pluslife Mini Dock be used by more than one user?

The Pluslife is designed to be reusable and shared under both conditions below, each test requires the use of 1 single-use capsule set and allows one user at a time.

Is Pluslife Mini Dock still safe to use if it detects positive results?

The Pluslife is designed to be used safely after a positive result has been detected, as the collected sample is securely locked within the Test Card.

What is the certificate of Pluslife Mini Dock?

The Pluslife has received the CE mark, authorizing it for sale and distribution in the European Union (EU) for professional use at point-of-care and we are appling CE certificate for Home and Over the Counter (OTC) Use.

What is a Molecular Test?

Molecular tests detect genetic material – the RNA (ribonucleic acid) – specifically to SARS-CoV-2. Molecular tests amplify bits of viral RNA so that the presence of the viral genetic material can be detected. This can also be referred to as nucleic acid amplification test (NAAT). The procedure begins by taking a sample from a potentially infected person’s nose where a virus might be found. If SARS-CoV-2 is present in the sample, then even low levels of viral genetic material can be amplified into millions of copies detected during a molecular diagnostic assay. If a person is infected, the viral RNA will be detected and produces a positive test result; if a person is not infected, no viral RNA will be copied or detected, which will produce a negative test result. Amplifying the signal allows for even small amounts of virus to be detected.

Contact us for more details about this product. We will go back to you in 12 hours.